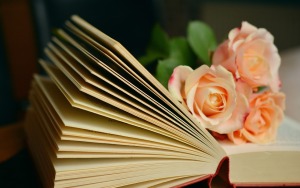 What’s better than our Favorite Friday Fiction book of the week? When I share two books, of course! Today I introduce Betty Thomason Owens, good friend and author extraordinaire. I loved Annabelle’s Ruth (The Kinsman Redeemer series book 1) when it released in 2015. And when book two, Sutter’s Landing, released in June of this year, I wasn’t disappointed. You’ll love these books set in the 1950’s… 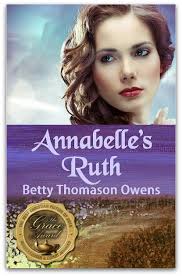 “If you think you can come back here and throw yourself on my mercy, you are quite wrong.”

After their husbands perish in a fishing boat accident, Connie Cross determines to follow her mother-in-law, Annabelle, from Southern California to Tennessee. Her misgivings begin as they cross the bridge over the muddy Mississippi River. In their new town, where living conditions are far below their previous expectations, they must set up a household and hunt for work to survive. Thanks to the kindness of Annabelle’s handsome, young cousin, life begins to settle down. But Connie has a secret that could uproot them once again.

Inspired by the Book of Ruth, Annabelle’s Ruth is a 1950’s era “Ruth” story, set in western Tennessee.  How will Connie adapt to her new life amid the cotton farms, racial tension, and culture shock? 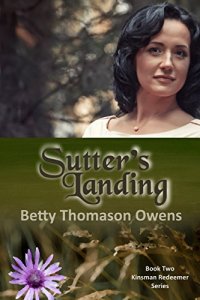 Still reeling from tragic losses, Connie and Annabelle Cross face life with their signature humor and grace, until fresh hope arrives on their doorstep.

In early spring of 1955, Annabelle Cross and her daughter-in-law, Connie have nearly made it through the first winter on their own. Then the skies open up as West Tennessee and much of the south endures one of the worst floods in history. As many of their neighbors endure losses due to the flooding, Annabelle and Connie sit tight on dry ground.

As spring gives way to summer, Annabelle begins to dread Connie’s upcoming marriage and removal to Sutter’s Landing. Though she’s happy to note the growing affection between Alton Wade and her daughter-in-law, their marriage means Annabelle will be on her own for the first time in her life.

Connie’s doubts increase when Alton’s bigoted brother Jensen uses every opportunity to drive a wedge between them. Is she doing the right thing? Did she move too quickly? Unexpected summer visitors and anticipation of a new neighbor provide diversion and open possibilities for both Annabelle and Connie.