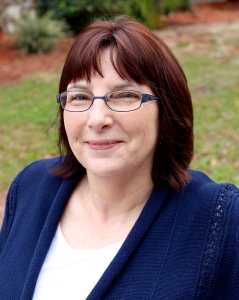 I love multi-author collaborations. Not those usual books where four or five authors are asked to submit different novellas as a collection.

I much more prefer the Write Integrity Press style of novella, where anywhere from six to a dozen authors are lined up to write one story about one hero or heroine and bring a leg of that hero or heroine’s journey to life.

Having been involved in all five of these unique ventures, I can tell you they are fun to write and to market. Authors are usually solitary creatures, but not so when you’re working with a group of writers who each put their words onto the pages and meld them together into a cohesive tale that many readers say they would never know without the cover with the author’s names printed on it that the story was written by more than one person.

Write Integrity Press started this format with two Christmas novellas: The Christmas Tree Treasure Hunt and A Ruby Christmas. The tradition continued with a Valentine story that has now blossomed into a three novella series: A Dozen Apologies, The Love Boat Bachelor, and our latest story Unlikely Merger, which will be offered free on Kindle beginning tomorrow, July 1 through July 5.

I’m often asked two questions about my involvement in the projects:

How do you come up with the storyline?  I’m happy to say that the job isn’t always mine. In fact, I’ve only had to come up with one storyline, and that was for A Dozen Apologies. The idea was born out of an old board game girls used to play entitled The Dating Game. Girls would play for the chance to open the door on the board to see who their dates would be. From there, I thought of a sorority type who used to date men and drop them publicly. After losing her job and realizing she’d been played by her boyfriend who got the job she coveted, Mara Adkins discovered Christ, and realized that she owed apologies to the men she had wronged. Mara’s journey took her through a variety of odd jobs, and twelve different men who handled her apology in twelve different ways.

With each novella, the fun part begins when the authors are lined up and sometimes contests are done to introduce new authors. They are given details of the story that help to keep it cohesive, and then they are asked to create a character and a location that becomes uniquely theirs.

How do so many writers write a story that reads as if it had been written by one individual? To this, I have to say it’s done by hard work. The process starts with the author who is responsible for the main character. For example, Jerusha Agen was the author of Brent Teague, one of the men to whom Mara owed an apology.

Write Integrity Press is great about finding ways for readers to interact with projects and with authors. In this series, the readers are not told which author wrote which hero/heroine. We do this because the individual characters are voted on to get the hero/heroine. Write Integrity wants the chapter hero to get the vote and not the author. Poor Brent. He came in second place in the voting for Mara’s hero. He was heartbroken, and Jerusha decided to get him a volunteer job as chaplain on a cruise ship. She purposely didn’t tell him that it was a romantic cruise dubbed the Love Boat. Jerusha provided each author involved a detailed description of Brent, told us where the Love Boat might make port, and asked us to introduce him to a potential heroine.

When the deadlines were made (no laughter, please—everyone knows I’m the troublemaker for these when it comes to deadlines), Jerusha read through, and she very painstakingly made sure that Brent’s demeanor remained true to his personality. Otherwise, the authors simply told their little leg of the journey. Mercy Lacewell came in second in the voting for Brent’s heroine. You’ll have to read the book to see who won Brent’s heart.

The authors of all three novellas are excited about the latest novella, Unlikely Merger. The voting has closed, and with tomorrow’s free release, the readers will find out which hero stole Mercy Lacewell’s heart and which author wrote which hero. I hope you’ll take a look. 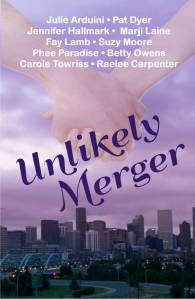 No longer needed as her father’s nurse, Mercy Lacewell attempts to step into his shoes at his acquisitions firm. That means travel, engaging strangers, and making final decisions—nothing she feels equipped to do. If her best friend has her way, Mercy will simply marry one of the single, available men she meets, but they overwhelm her. So handsome and kind. And so many. Even if she felt obliged, how could she ever choose?

Should she shove all attraction aside and focus on her father’s business, or is God warming her heart with the possibility of forever?

Fay Lamb is an editor, writing coach, and author, whose emotionally charged stories remind the reader that God is always in the details. Fay has contracted three series. Stalking Willow and Better than Revenge, Books 1 and 2 in the Amazing Grace romantic suspense series are currently available for purchase. Charisse and Libby the first two novels in her The Ties That Bind contemporary romance series have been released. Fay has also collaborated on three romance novellas: The Christmas Three Treasure Hunt,A Ruby Christmas, A Dozen Apologies, and the newest adventure The Love Boat Bachelor. Her adventurous spirit has taken her into the realm of non-fiction with The Art of Characterization: How to Use the Elements of Storytelling to Connect Readers to an Unforgettable Cast.
Future releases from Fay are: Everybody’s Broken and Frozen Notes, Books 3 and 4 of Amazing Grace and Hope and Delilah, Books 3 and 4 from The Ties that Bind.

2 thoughts on “Being Part of a Multi-Author Book Collaboration”